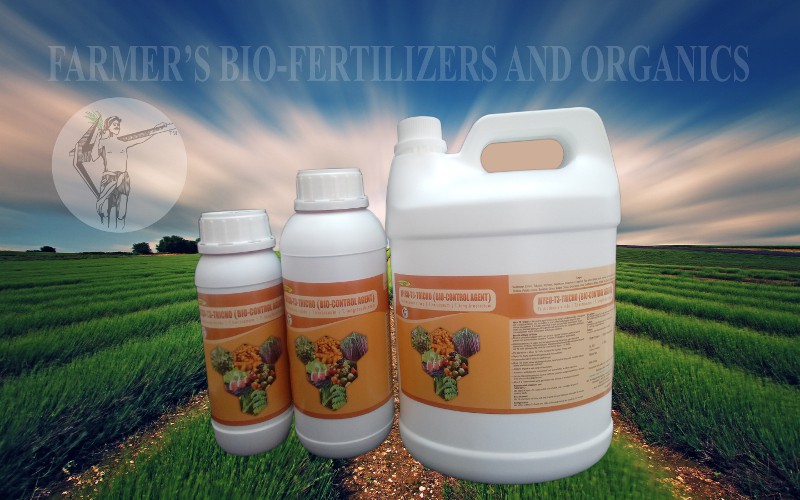 The Myco- T3- Tricho is a Bio-control agent produced by using Trichoderma viride, T.harzianum and T. longibrachiatum.  This formulation is a very effective biological mean for plant disease management. It is highly interactive in root, soil and foliar environments. It can inhibit and eliminate pathogens through different mechanisms like competition, antibiosis, mycoparasitism, hyphal interactions, and enzyme secretion.

Seed treatment: Mix 10ml of Myco-T3-Tricho with 1kg of seeds and moisturize with cooled rice gruel or water and leave it for 30 minutes and sow the seeds.

Soil Application: Mix 1kg or 500ml of Myco-T3-Tricho with 150 kg of farmyard manure and broadcast it in the field.

Drip System: Mix 1 litre of Myco-T3-Tricho with water and incorporate it into the soil through the drip irrigation system.

Caution: Do not mix with chemical fungicides or fertilizers.

Expiry: One year from the date of manufacturing